Why I’m Rooting for Nokia. And Why You Should Too.

Last week was a big week for Nokia. One year after Stephen Elop joined as CEO in a definitive turn around situation, and after burning platforms and painful restructurings, Nokia made it clear that – to paraphrase Monty Python – “it’s not dead yet”. 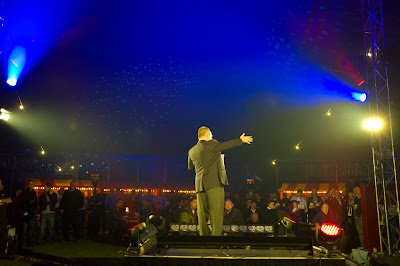 The press and blogosphere echoed big announcements at Nokia World in London where the company introduced a family of hot new phones for the developing world and two very sleek new smartphones running the Microsoft WindowsPhone operating system. The energy was good and the reception decidedly positive.

And for those who cared to take a closer look there were a number of smaller, exciting announcements too. Ranging from very cool WebGL powered 3D maps, to a really innovative public transport app, a free turn-by-turn navigation app on Nokia WPs, an augmented reality application leveraging the Nokia location platform and Nokia Pulse, a whole new way to think about checking in and small group communication as one and the same. A lot of innovation and a focus on delivering real value to the only persons who matter: you, the customers.

The naysayers who have written Nokia off for dead may want to reconsider.

Yet, my case is not primarily based on self-interest. It’s based on your interest.

If you believe as I do that healthy competition ultimately benefits customers and that innovation is best fueled by people from different cultures and with different perspectives and ideas collaborating and competing across the globe. Well, then you’ll want Nokia to be successful in its quest to become the mobile comeback kid. Apple and Google are great companies that have built good products. Yet there is so much more innovation and value still to be unlocked and it will take more than just a couple of Silicon Valley behemoths to keep the mobile party fun.

Two years ago the company I co-founded, Plum, was acquired by Nokia. The last two years have not always been easy. I admit that on more than one occasion I looked in the mirror and asked myself why in the world I was working so hard for a company that most people in Silicon Valley, where I live, had written off as a dinosaur on a death march towards extinction. And to be clear, a lot in the company was screwed up. Our lack of a modern software / OS platform, our lack of a proper cloud infrastructure, and our organizational complexity to name a few. Our problems were slowing us down and creating an environment of enormous friction and inefficiency at best, apathy at worst.

BUT, and there is a big but in this story, things have changed. When I joined, almost everyone I spoke to knew that change was needed. Still, change is hard. Change is painful. Change is complicated. Yet, change is what has happened. Every day I’ve seen change and with every day the rate of change accelerates.

Is Nokia out of the woods? Probably not. But it’s out of the dark. There is light up ahead and everybody in the company can now see a path towards that light.

I live and work in Silicon Valley. I know what a myopic worldview we often have out here. We tend to think that if something new didn’t happen somewhere between SOMA in San Francisco and Sunnyvale, it can’t be innovative, creative or hot. Silicon Valley is amazing. But let's not forget; so is the rest of the world.

So the next time you’re considering getting a new mobile phone or simply looking something up on a map. The next time you need directions or want to always stay checked in with your family and close friends, I have a suggestion. Try Nokia.

Hey, you don’t have to buy anything you don’t like or don’t want. All I ask is that you simply do yourself a small favor. Explore choice and give something new, something colorful, something that understands the amazing rest of the world… give it a chance. You may even find your own everyday becomes a tad more colorful. Oh, and hell yes… you’ll help pay my salary too.

As a Windows user, I am already paying your salary.

Robert Jennifer said...
This comment has been removed by a blog administrator.
February 1, 2015 at 7:21 PM